“Together We Are Stronger!”

Finding Your Way Back to Heart Center; cancer treatment ended, now what? 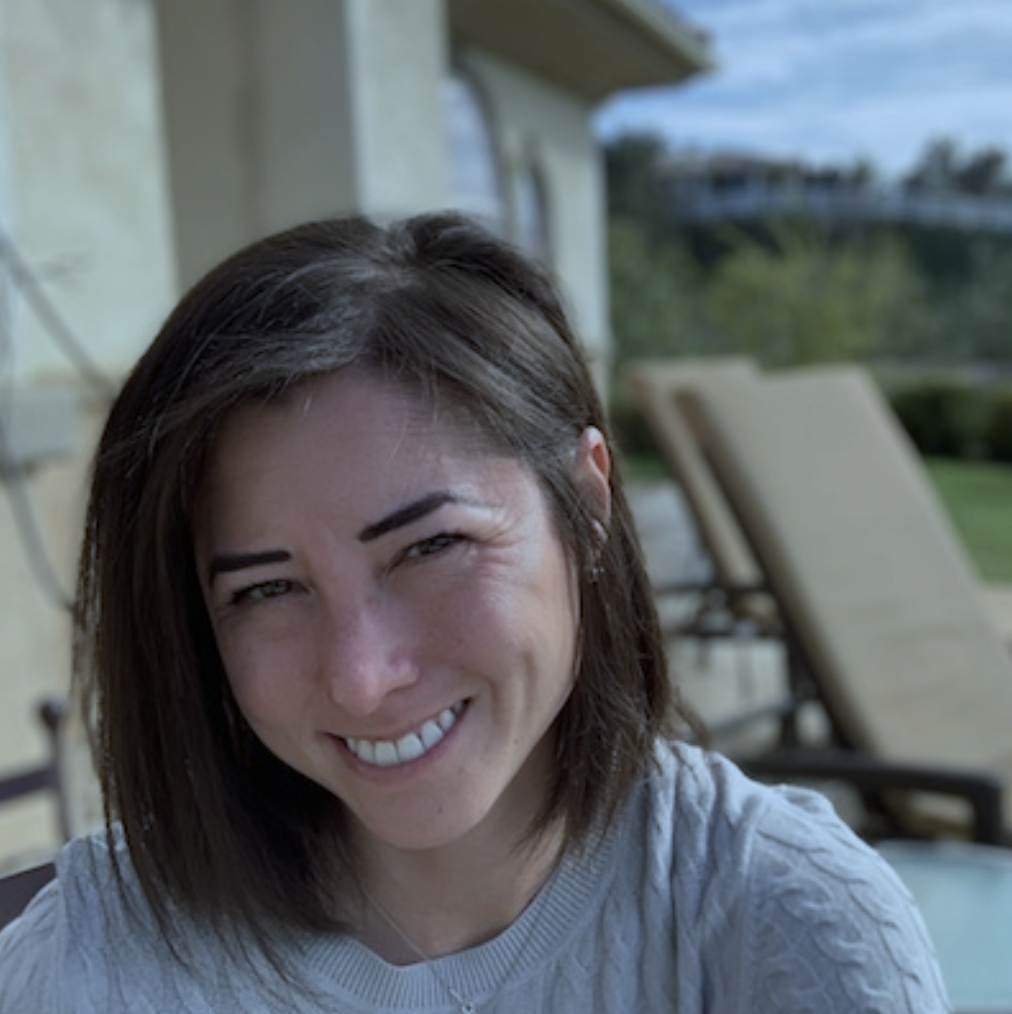 At 31 years old, my whole world changed. I was in the middle of a thriving career, newly married and trying to live life in Chicago. Then my whole world came tumbling down when I was diagnosed with Acute Lymphoblastic Leukemia on 2/14/14. Happy Valentine’s Day to me. I was immediately hospitalized for 28 days. Once it was confirmed through a bone marrow biopsy, or 3 to be exact, the doctor at the time thought he kept pulling cortical bone when my marrow was so impacted it just looked like bone, the medical team immediately started. Unfortunately I was too sick to have fertility preservation done at that time. I only had 4 hemoglobin at the time and was immediately started on a two-year long protocol. I was able to get out a few days early because I promised to come back and lived only a few miles away from the hospital. After leaving the hospital, I continued going to the doctors for infusions, treatments, test and everything else for 3-4 times a week.

At the end of June 2014, I ended up having a stroke from a combination of a spinal tap with IT chemo that I had a CF leak from, dehydrated and didn’t eat for 3 days combined with peg asparaginase I had a stroke, a venous thrombosis. It left me temporarily paralyzed on my left side. Back into the hospital in the ICU for a few days until I could be sent to a rehabilitation hospital. I was there for about two weeks, over fourth of July weekend. At that point I had to relearn how to walk, eat and move with my newly useless left side. This was probably one of my darkest moments. I spent the next 8 weeks going to rehab 3 hours a day, 5 days a week. I never missed one session. Slowly I regained the use of my left side. First working on my gait, movement of my left arm, and finally using my fingers, which proved to be the most difficult part. I had to relearn how to type, using the basic typing programs. All while still going through chemotherapy. My body was being pummeled in every way. But I still persisted on.

At the beginning of end of October/ early November 2014 I thought I would be good to go back to work. At this time, I was so desperate to get back to normal life. Seriously desperate. Looking back, I should not have gone back to work that soon. I wasn’t fully recovered from my stroke and still had yet to get into remission. My first remission came shortly after I went back to work, though. I thought I was on my way. I slowly started gaining weight, a lot of weight. I think I ended up putting on 20-30 ish pounds, the heaviest I had ever been.  I was struggling to say the least. So, I started to get more serious in my training. Picking up weights to get stronger.

July 2015 I finally finished chemotherapy and the ridiculous protocol, skipping the rest of the peg asparaginase, which I think was only 3 left. 7 weeks later I relapsed. I thought I was doing well, starting to lose some of the weight and get back to normal. That was just the beginning.

I was again immediately sent to the hospital. Through blood work that I was still regularly getting checked they found it early. I was started on my first of two immunotherapies’, blimtoumbap. The doctors came to the conclusion chemo wasn’t working as effectively as they would like, basically it wasn’t working. This is a 24-hour Fannie pak infusion system, I think about 3 days at time before it gets changed. Well, I didn’t last that long. They sent me home and about 24 hours later went right back to the hospital. Close to being sent to the ICU, I managed to convince the intake doctor to let me stay. Now with chemo off the table and one immunotherapy out, I didn’t really have many options left. At the time Northwestern was working on a clinical trial, so we went down that path. I started to do all the testing required for the trail along with having my own stem cells harvested. That’s when we were told the trail was cancelled. There were two deaths from the trail and the drug company decided to pull it. It was a little more complicated, but the abridged version will suffice for now. Basically, I didn’t have options. They leukemia and lymphoma conference for doctors had just concluded and they suggested that another immunotherapy may work. There wasn’t very much information.

Basically, two pages of research of which 41 people participated and only 11 had acute lymphoblastic leukemia. But I had no other options, worse case they would have possibly transferred me to another hospital for a different clinical trial but was full at the time. So I waited.

With over 60 days in the hospital, I was starting to go a little stir crazy as you can imagine. But the doctors suggested I try the FLAG protocol of chemotherapy just in case it might work. It’ a combination of fludarabine, high dose cytarbine and filgrastim, normally for relapsed AML patients. Well, shocking it did not work. So, after 62 days they sent me home in hopes that with a letter of compassion sent to Pfizher, which they approved and then one the FDA, for approval. I was released out of the hospital just before Christmas. I thought it was going to be my last one so I tried to soak in every moment I could. I then spent the next month and a half cleaning out closets, going to the gym and figuring out what my husband would need if I weren’t there.

Well, I was finally approved for the immunotherapy. The immunotherapy inzotumbap worked. I was in remission again. Headed straight into the hospital for stem cell transplant. After more chemo and total body radiation, it was stem cell time. My new birthday is 2/21/17.  Graft vs. host disease (GVHD) was now happening in full effect, with mouth sores, strange rashes everywhere, bloating, constipation, I couldn’t urinate and other such weird things happening. I did not feel at all like myself. I couldn’t pee for some reason, so I was retaining all liquids that I was ingesting. I started to have really intense panic attacks. I finally went home after 32 days in the hospital riddled with anxiety and retaining over 30 lbs of water. Trust me I couldn’t even wear a bra because it was too tight so heavy with water retention. I felt like a bloated whale waddling around. A week after I went home the water weight was finally coming off.

Seven months later as I was recovering slowly from my stem cell transplant.

Then the one piece of news that I didn’t even want to hear ever again, “your cancer is back”, rushed into the hospital to confirm it with another bone marrow biopsy. It was confirmed that I relapsed again, for the third time. I didn’t know in that moment how I was going to get through it. My husband held me as I cried and said that I just didn’t know if I could do it all again, go through treatment mentally and physically. I really took a minute to figure out if it was the path I wanted to go down. I was so spent that I just didn’t know what would happen nor was in a state to even try at that point. My medical team decided it would be best to do another round of immunotherapy, instead of another injection of stem cells. Thankfully Izotumbmap did work like a lucky charm. I have been in remission since end of October 2017.

All through treatment, hospitalizations and stroke I continued to incorporate exercise into my daily routine. I started with walks every day, continuing to set goals for myself to walk a little further, faster each time. Then I incorporated body weighted exercises eventually leading into weights. I grew stronger every day and it helped with the side effects of chemotherapy. I am now living my full life. Having decided to not go back to the corporate world, I have made health and fitness my priority.

I wrote a book about survivorship called “Finding Your Way Back to Heart Center; cancer treatment ended, now what?” I received my 200-hour yoga teaching certification along with my personal training, trauma and cancer exercise certification. Now I am on a mission to help other women thrive, as a cancer survivorship coach after treatment ends, so they are physically mentally and emotionally stronger!

How My Body and I Are Meeting Cancer

Given the opportunity to heal, our bodies have superhuman powers.
by Katie Bobka

A Soldier's Fight Continues When She Returns Home

Lola's main priority was her family.

She made sure we celebrated any and all occasions together.
by Geronima Ambe

Breast cancer was hard but I was stronger.

I love who I am now and I appreciate my body like I never did before.
by Eddi Girardin

Life threw me a new challenge.

This is a challenge I'm intending to smash and come out stronger than ever!
by Jer Este

I will never take the little things for granted ever again.

Finally I made it to June 30th, 2020. I got to ring the bell! Finally this type of torture was done and I could move on to the next.
by Jamie Powell